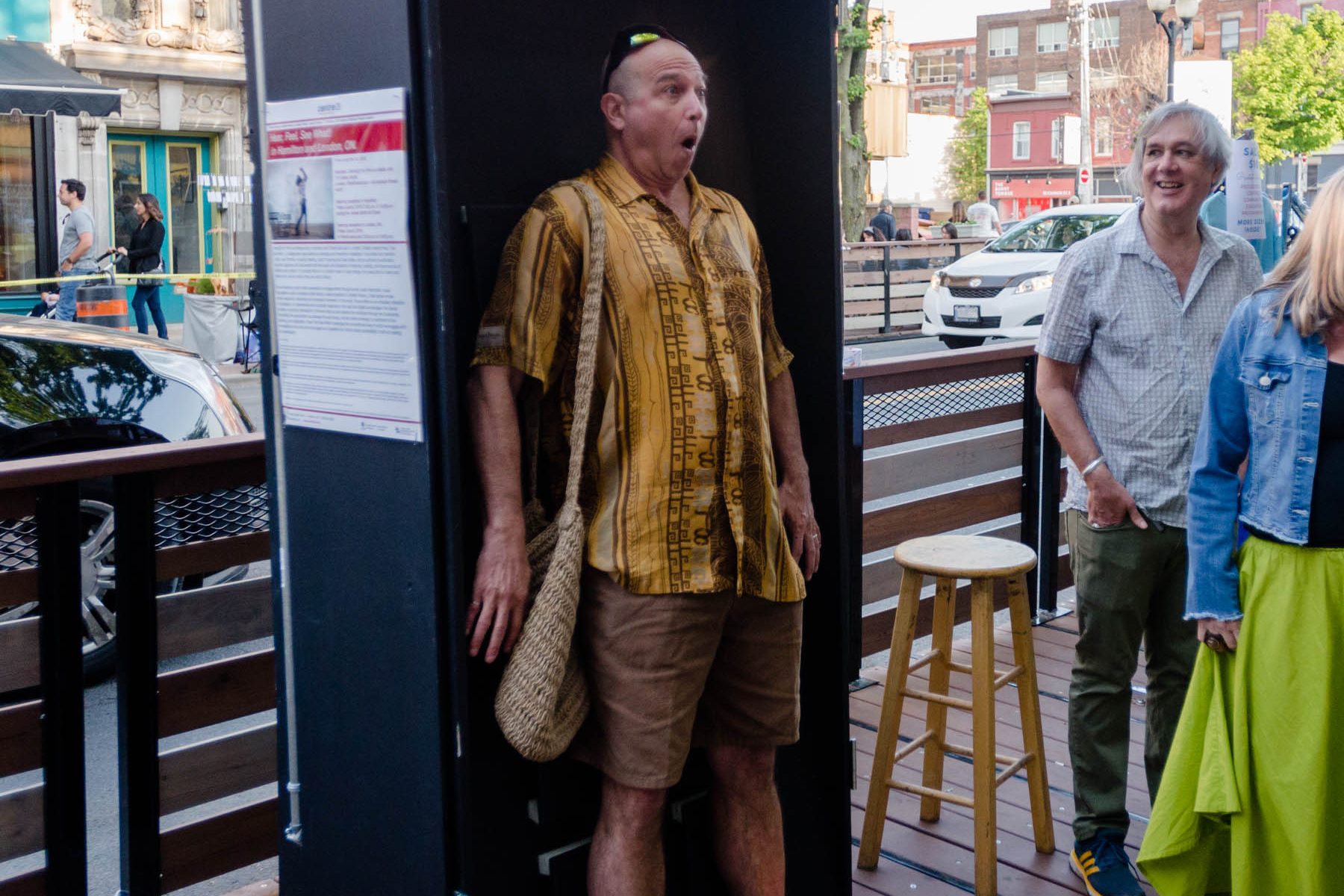 In this project, a deaf dancer, Jenelle Rouse, interpreted the past , present and future sights, sounds and vibrations of Hamilton and London through dance. Her movements were motion captured and played back to visitors of the exhibition through multichannel vibrating walls in London and Hamilton . While visitors experienced the dancer’s movement through the vibrating walls they watched videos of the dancer and the city they were in while listening to soundscapes of the city created by the artists. This piece was created by five artists (David Bobier, Jenelle Rouse, Lindsay Fisher, Leslie Putnam, TJ Charlton, Jim Ruxton & Michael Rinaldi) from Hamilton, London, and Toronto, including hearing, hard of hearing and Deaf artists and was a collaboration between Centre3 in Hamilton and Vibrafusion Lab in London. Jim designed and programmed the system. A video of the piece can be seen at https://www.youtube.com/watch?v=yfqCGNzsnOQ

Jim Ruxton (New Media) received a Masters in Electrical Engineering from the University of Ottawa. After working as a high frequency design engineer, he pursued his interest in the arts by attending the Ontario College of Art and Design. Since then he has worked as an artist and

engineer in installation, performance, theatre, dance and film collaborating with many other artists throughout his career. Jim is a founder and former Director of Programs for Subtle Technologies, an organization that has created links between artists and scientists. He has been granted numerous patents for this work in LED lighting.