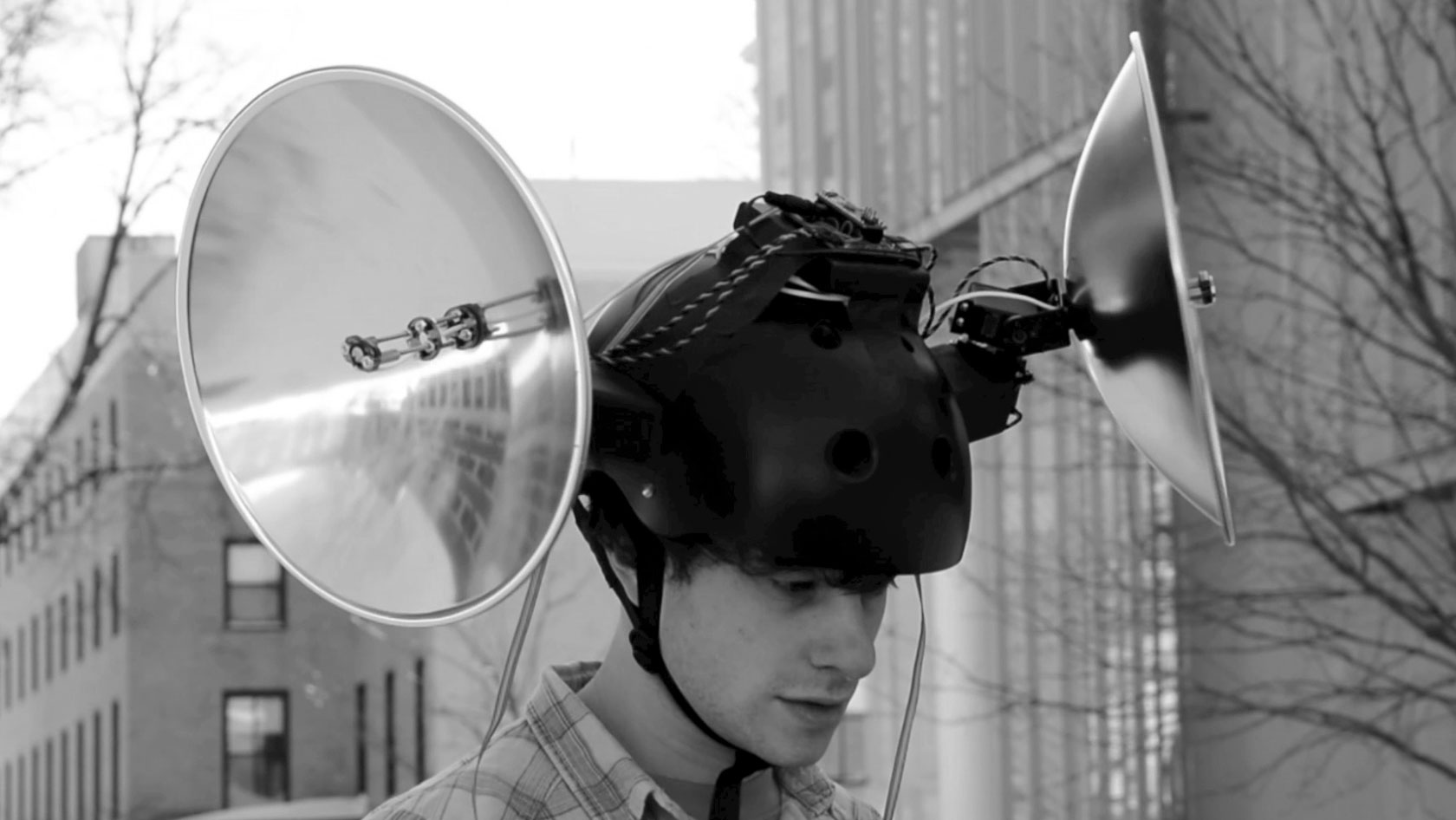 This helmet-mounted, parabolic, orientable, eXtrasensory listening device dramatically alters its wearer’s experience of hearing, allowing the wearer to focus two sharply directional (parabolic) microphones on distant sound sources. At first, PHOX Ears heightens one’s directional hearing almost to the point of disorientation, but through practice, one can become comfortable, and then conversant, with the sensitivity it brings. Each microphone is mounted on a motorized gimbal and can be aimed separately. The helmet incorporates bone conduction headphones that allow it to augment, rather than supplant, the wearer’s existing hearing ability. Paired with a recorder and taken for a walk, PHOX Ears can function as a specialized field recording system. One way to practice sensitivity is to allow oneself to be disoriented, and to orient again.

GERSHON DUBLON is a creative researcher, electrical engineer, and co-founder, with artist Xin Liu, of slow immediate, an New York City-based creative engineering and technology production studio. He graduated in Electrical Engineering at Yale University, and holds an S.M. (2011) and PhD (2018) in Media Arts and Sciences, both from MIT. In his dissertation, entitled Sensor(y) Landscapes, Dublon introduced devices and environments that make networks of sensors into extensions of individual human perception. Gershon’s writing has appeared in numerous proceedings, magazines, and journals, including IEEE Sensors, ACM CHI, NIME, Scientific American, and Presence (MIT Press), and his work has been covered by the NY Times, Wired, BBC, and NHK. He has exhibited internationally, in venues such as MFA Boston, Ars Electronica and RIDM. Dublon is also 1/2 of the pop duo emoji rainbow cookie, currently on extended hiatus.