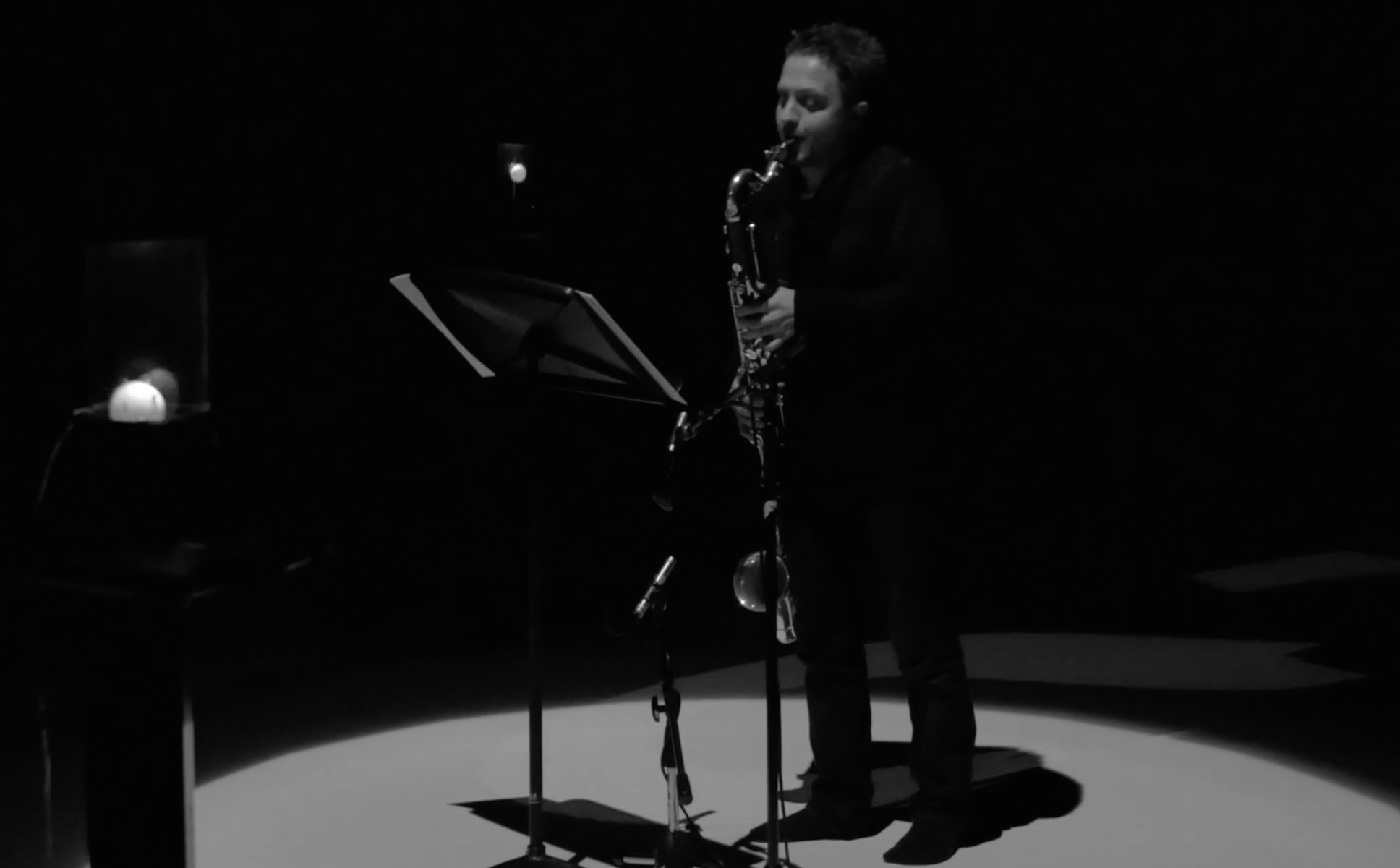 Taking its title from a line in the poem “When Grandmother Died” by the American poet Michael Rattee, Songs of Coiled Light brings to life a similar message about the struggle to connect to things which are just out of reach. A flexible piece for solo bass clarinet, objects and live electronics, it explores the idea of music that can be seen and felt as well as heard. It also engages with playful ideas about how a performance might be multi-sensory and be experienced in a context other than the concert hall. As such it takes many forms and is part installation, part performance and part educational experience. A new version of the piece is created for OtherAbilities, where the ongoing set is created of moving object parts to be seen, felt, and heard, which are re-energized at various moments in the day through the impulse of a live performer. Created this way, the piece offers an opportunity to the audience to relate differently to live and pre-determined elements, as well as to make strong connections between the cause and effect of the bass clarinets actions.

The wind became an anger I walked into

Trying to remember her voice

As my arms raised and lowered

Clouds the colour of tin roofs formed between them

In the shape of her profile

And the sounds of animals surrounded my heart

Clawing her stories from me

Intrigued by the possibilities of her own place

She had told me her dreams

of the visible history of the air around us

of stairways covered with centuries of sleep

of birds with songs of coiled light

Secrets only I believed 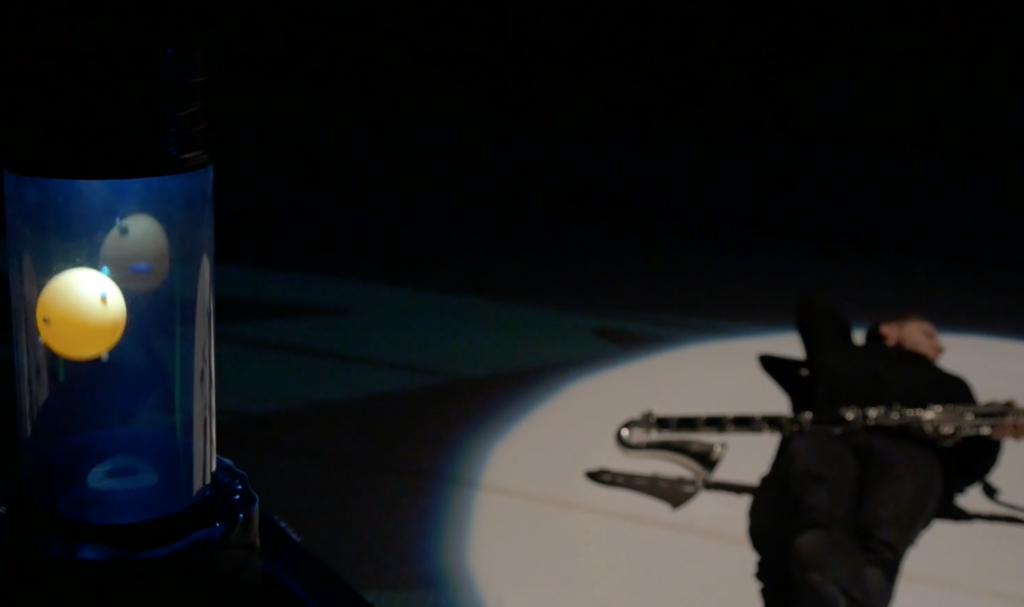 Colin Riley is a composer and Senior Lecturer at Brunel University (UK) and has been a mentor for the Making Music’s Adopt A Composer Scheme since 2001. He runs his own label “Squeaky Kate” and writes a regular blog about composing called Riley Notes. Colin also regularly creates work for his own two groups, the Homemade Orchestra, and MooV, where he is composer and performer/director. MooV’s latest album Here was recently described as ‘utterly unclassifiable’ (London Jazz Blog) and ‘criminally underexposed’ (Jazz UK).

Colin Riley’s work is difficult to categorize and his music draws on a range of elements including new technologies, improvisation, song-writing and large-scale classical form. His recently-released portrait disc Shenanigans (NMC) was described as “Wry, fond, understated and slightly bonkers” (Guardian). His work has been performed by many of the leading music performers and groups including the BBC Symphony Orchestra, London Sinfonietta, Smith Quartet, Piano Circus among others. He has collaborated with diverse artists in the last few years including an album with drummer Bill Bruford, Skin and Wire and two theatre projects Nonsense and Centrally Heated Knickers with the poet Michael Rosen.  Colin Riley

CARL FAIA is an American composer, computer music designer and live electronics performer. He studied composition at the University of California at Santa Barbara, and Royal Academy of Music in Denmark on a Fulbright grant. As a computer music designer, he collaborated with a number of composers at IRCAM in Paris, at the CIRM in Nice where he was Studio Director. He has also worked on large scale projects with James Dillon, Jonathan Harvey, Harrison Birtwistle, Fausto Romitelli, Luca Francesconi, Alejandro Viñao, Philippe Leroux, as well as, the National Jazz Orchestra of France. He has taught master-classes and workshops throughout his career, and currently teaches electronic music and Sonic Arts at Brunel University London.

As a performer, Faia plays Theremins, electric guitars and prepared piano with live electronics, most recently with video artist Thomas Köner. He has collaborated with artists to present new works with computer electronics in various festivals throughout Europe. He worked regularly with Art Zoyd Studios in France and the Forum Neues Musiktheater der Staatsoper Stuttgart in Germany both as composer and as a live electronics designer with invited composers for music theatre, opera, concert music, and multimedia projects.

BENJAMIN T. WILLIAMS is an emerging English Live Electronics Artist whose work attempts to guide the audience’s attention towards comprehension of cause and effect. He works to form links between the audio, visuals, audience and performer. Currently studying Composition at Brunel University London, due to graduate in Summer ’19, he is being taught Sonic Arts by Carl Faia. As a composer Benjamin has been exploring traditional classical form and algorithmic composition. His graphic score, Douze Gris (2019) won the 2019 Hillingdon Music Festival Composing Competition. As a light designer, Benjamin constructs expressive light features that respond to external influence as an extension of performance